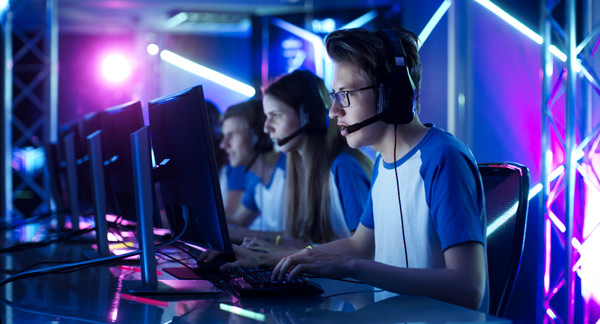 On 9 September AIM-listed Blue Star Capital (0.22p) made an announcement following news that investee company Guild Esports is to seek admission to the standard segment of the Official List of the UK Listing Authority and to trading on the main market of the London Stock Exchange later this year.  Blue Star Capital owns 11.7% of the issued share capital of Guild Esports and the latter is expected to be the first esports franchise to join the London Stock Exchange.

Ex-footballer David Beckham is a founding shareholder and this is bound to help the company grab the headlines.  The company plans to create a leading global franchise by establishing its own esports teams to compete in major tournaments.  It also plans to develop a player training and scouting infrastructure, based on the talent academies created by Premier League football teams.  The esports market is forecast for further significant growth.  The board of Guild Esports believes that it provides shareholders with a unique opportunity to own a franchise that intends to create revenue through tournament winnings, digital marketing opportunities, sponsorship, membership and merchandise as well as promotional tours or events.  It initially aims to set up and field dedicated teams to compete in Fortnite, CS:Go, Rocket League and FIFA.  Proceeds from the upcoming fundraising are expected to be used to recruit new players, invest in the brand and expand the company’s activities.

Blue Star Capital is an investing company with a focus on new technologies.  It currently has investments in 6 early stage esports companies.  Shareholdings in these range from 11% to 18%.  It also has a 27.7% stake in SatoshiPay, a payments business using blockchain technology, and a 0.9% investment in Sthaler, an identity and payments technology business which enables consumers to identify themselves and pay using just their finger.

The commercial value of esports is likely to increase significantly in the coming years.  Although lockdowns around the world have provided a boost in 2020, this is a market which had already been touted for spectacular growth by some.  An investment in Blue Star Capital provides some exposure to esports but there is also value in some unconnected holdings.  We feel that this is a very interesting opportunity and although the AIM-listed investing company should certainly be considered high risk, there could be significant rewards.  Our share tip is SPECULATIVE BUY and we would expect the share price to react positively to further news from Guild Esports.