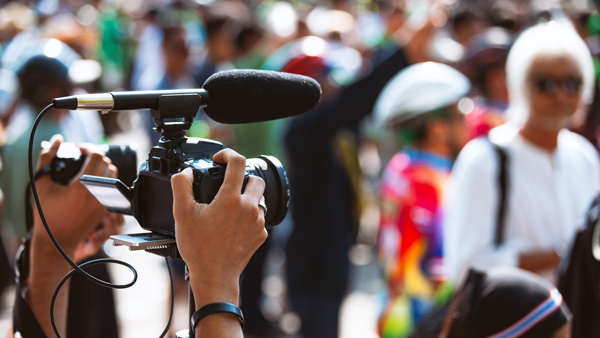 We believe that shares in the AIM-quoted Brave Bison (BBSN) are worth a look following the recent results and corporate activity at the group.  The results, which cover the six months to 30 June, revealed a significant increase in revenues and a move into profit, whilst the acquisition announced subsequently is likely to prove transformative for the group.

Brave Bison is a social media and marketing group with offices in London and Singapore.  It generates advertising revenue from a network of over 650 social media channels across YouTube, Snapchat, Facebook and TikTok and produces social media advertising campaigns for global brands such as Vodafone and Samsung.

In the six-month period to 30 June, revenues increased by 32% to £7.3m (H1 2020: £5.5m) whilst the company also made pre-tax profits of £0.2m (H1 2020: loss of £1.4m).  Net cash at the end of June was £2.9m, up from £2.1m a year earlier, helped by the strong cash flow at the group which has now been cash generative for two consecutive six-monthly periods. These were clearly very good results, and the company has benefited from a number of significant client wins and contract renewals from companies and organisations including Panasonic, Vodafone, Suntory and the BBC.

Following the announcement of these results, the company has also announced the acquisition of Greenlight for £6.8m.  The latter is a digital advertising and technology company with over 120 employees in the UK and Eastern Europe.  The company works with a number of blue-chip brands and omni-channel retailers including Dixons Carphone, Muller. GAP and Furniture Village.  In the year to 31 August 2020, Greenlight generated revenues of £14.3m and EBITDA of £0.8m.  To help fund the acquisition. Brave Bison is raising gross proceeds of £6.2m through a placing of 455m shares at 1.35p.  The purchase of Greenlight will expand the capabilities of the group, whilst there is scope to expand the operations in the Asia Pacific region using Brave Bison’s base in Singapore.

The acquisition of Greenlight is clearly transformative for the group which will have annual revenues of around £30m before the benefits of the purchase are realised. There will be opportunities for the enlarged group to cross-sell its services and further growth at the company looks on the cards given the fact it is operating in a rapidly growing sector.  We believe the shares deserve to be rated as a SPECULATIVE BUY.