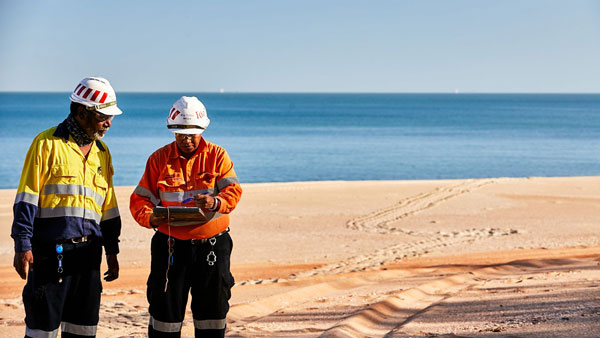 We don’t often tip blue-chip stocks such as Rio Tinto as we normally think there are more exciting opportunities elsewhere, but following the recent sharp fall in the share price we now think that the shares are worth a look.

As most readers will know, Rio Tinto is a global mining group second only in size to BHP Group.  The company produces a range of minerals including iron ore, copper, aluminium and uranium as well as diamonds and gold.

The recent sharp fall in the price of iron ore, which has more than halved since May, has been caused by slowing demand from China as the pace of economic growth slows, with fears of a slowdown in the global economy in general also having a negative effect.  With iron ore being a major contributor to profits at Rio Tinto this has clearly impacted on the share price, whilst other mining stocks have also fallen in value.

However, although there is clearly some short-term weakness in commodity prices including copper, we believe that this may well prove to be short-lived.  As the world recovers from the worst effects of the pandemic, the global economy should resume its growth path once again and demand for commodities will therefore increase. This will obviously be of major benefit to mining companies such as Rio Tinto.

The share price of the company has fallen from just under £63 at the beginning of August, representing a decline of some 25% in just seven weeks and we think that has been overdone.  At the current share price, the shares are yielding over 10% and that excludes the special dividends that were declared last month and last March.  We therefore believe that whilst there could be further short-term weakness in the share price, those who are investing for the medium to long term could be well rewarded by investing at current levels.  The shares are a BUY.